A Commands and Colors Ancients solo campaign, with RPG elements based on Bivius and the free subset of the Game Master’s Apprentice (GMA) Deck. See setup here.

Previous events: Neos, the son of the tyrant of Syracuse, has broken his marriage vow with the Carthaginian Bastet. His father exiled him to the island of Pyros (a Syracusan colony) where he became the lover of the ruler Zenon. Bastet and her mother Lilith attach Pyros to force Neos to marry Bastet or take revenge upon him. They occupied the Southern part of the island without encountering opposition, but the Syracusan army will face them in the Sika Valley.

The two armies face each other. Zenon leads the main Syracusan body: he is attached to a Heavy Infantry unit. Neos leads the left wing: one Light Cavalry unit, one Light Infantry, two Medium Infantry.
The main body of the Carthaginian army, facing Zenon, is lead by Bastet, who is also attached to the Carthaginian Heavy Infantry. Lilith faces Neos on the right wing, with two cavalry and three infantry units.

Lilith and Neos advance boldly and they are soon engaged in direct combat. Zenon awaits in reserve, launching his cavalry against Lilith. But the Syracusan horses are too isolated and one of the two units is soon destroyed. 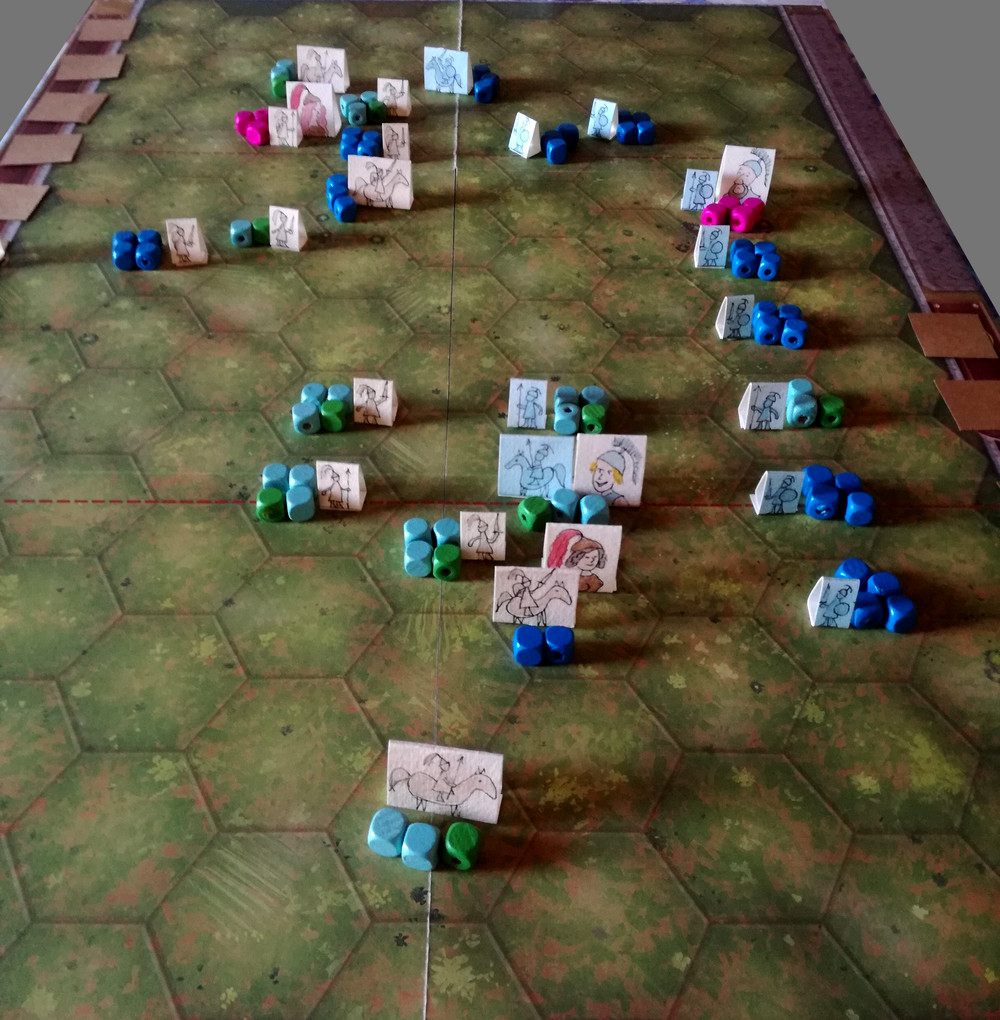 The fight between Neos and Lilith favours the Syracusan, but the Carthaginian leader is quick to evade the decisive attack and moves to a safer position.

Bastet advances: her army is deployed in a solid line and occupies the centre of the battlefield. Zenon still does not join the battle. 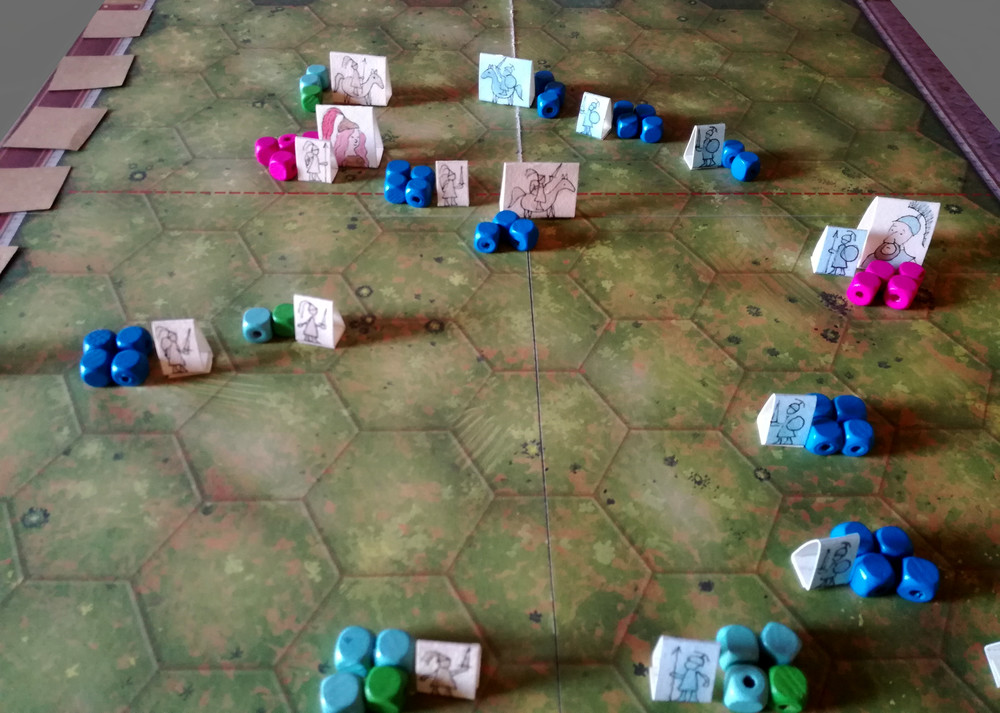 On the other wing, Neos’ cavalry has also been hit hard, but he holds his position. This will cost him the destruction of both his cavalry unit. Later, the Carthaginian cavalry will outflank and destroy an isolated infantry unit.

But the decisive fight is lead by Lilith’s infantry: they completely destroy the Syracusan right wing, finally conquering the sixth banner.

RPG interlude.
Does the scene involve Zenon? NO
Which characters are involved? Neos and Bastet

GMA: delay tender companion
Neos arranges a secret meeting with Bastet. He swears that he will marry her in a year, if the Carthaginian leave Pyros.
Is Bastet interested in the proposal? (unlikely: 25% chance) YES
But when Bastet speaks of the idea with her mother, Lilith says she is determined to see the question solved without further delays. Lilith proposes to lead the army by herself alone, if Bastet is not willing to fight against the Syracusans. Bastet immediately replies that she will do her part.