I ran a first Solo game with the Mighty Monsters rule-set by Ganesha Games. The game is a little more complex than I expected, so I left out some bits. In order to simplify book-keeping, I slightly modified how the “degradation” of wounded units work: a unit gains a single token for each of Slowed, Groggy and Crippled, in this order. These conditions are represented by the pink cubes. The yellow / red pebbles represent yellow / red dice (how dangerous it is to attempt actions). Totally unharmed units have no tokens (no pebbles nor dice).

Blue units (deployed on the left):

Red side (on the right) 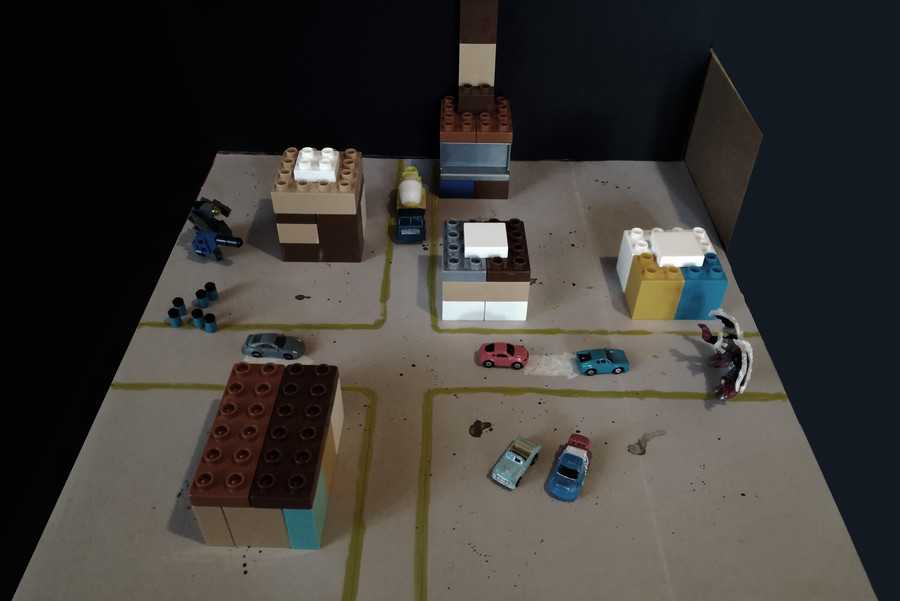 The golem crosses the whole board in a single flight and takes position in cover at the corner of a building. His psychic attack hits both the Robot and the soldiers: the Robot now has a yellow die and two of the three infantry squads are out of combat.

The robot rushes forward and gains a clear line of sight to the golem. His lasers also hit, and the golem takes a yellow die in its turn. The golem flies on the top of the building and fires a second psychic area-attack: the last infantry squad is out and the Robot takes a second yellow die. The robot immediately retaliates. 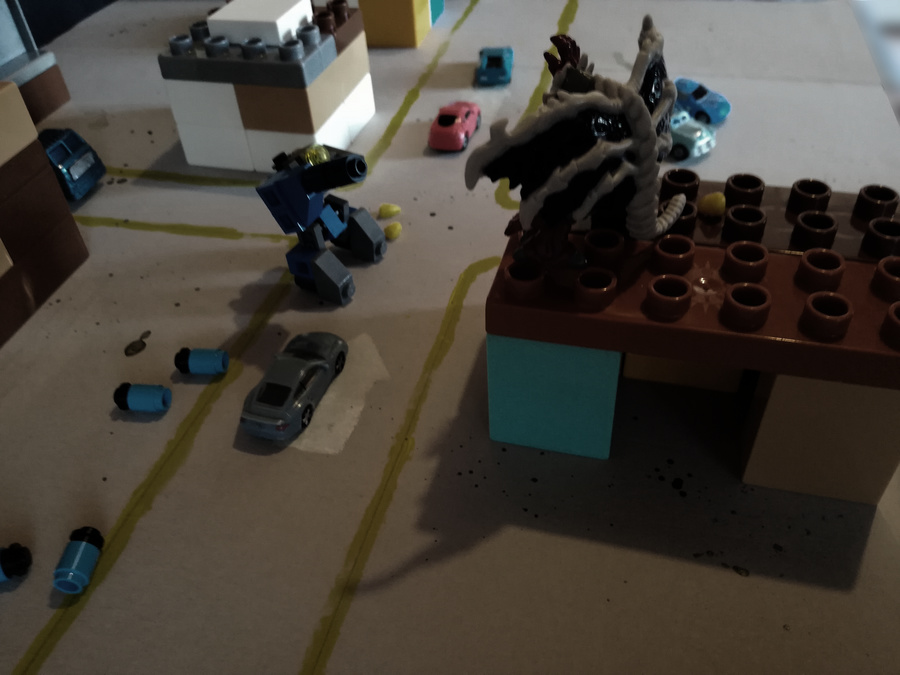 The golem flies back to the right side of the board. The robot follows, shooting with both lasers and hits again. 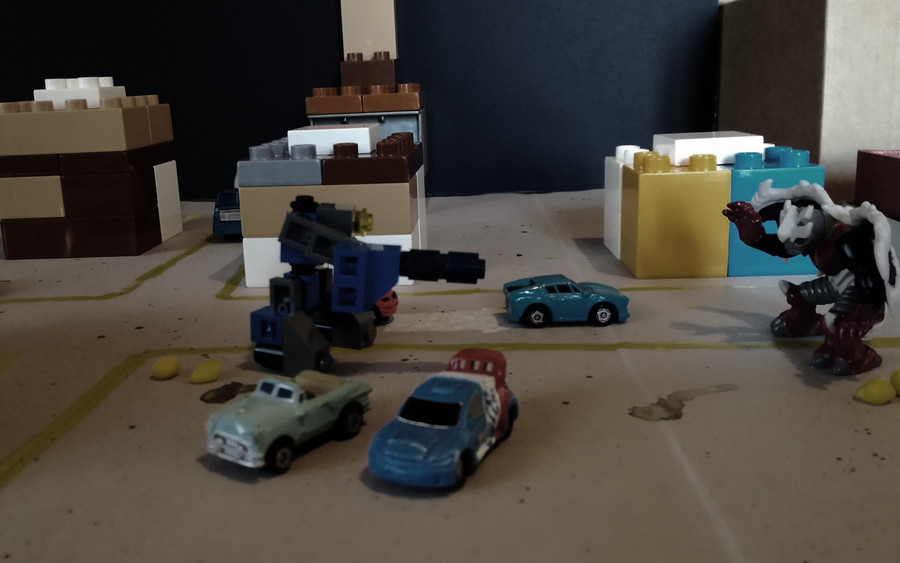 After a few more exchanges of ranged attacks, both units have three yellow dice. The golem is Slowed, Groggy and Crippled (the psychic attack is no more available). The robot is only Slowed.
The two close in for the final hand-to-hand fight. It lasted several turns and in the end the robot prevailed. 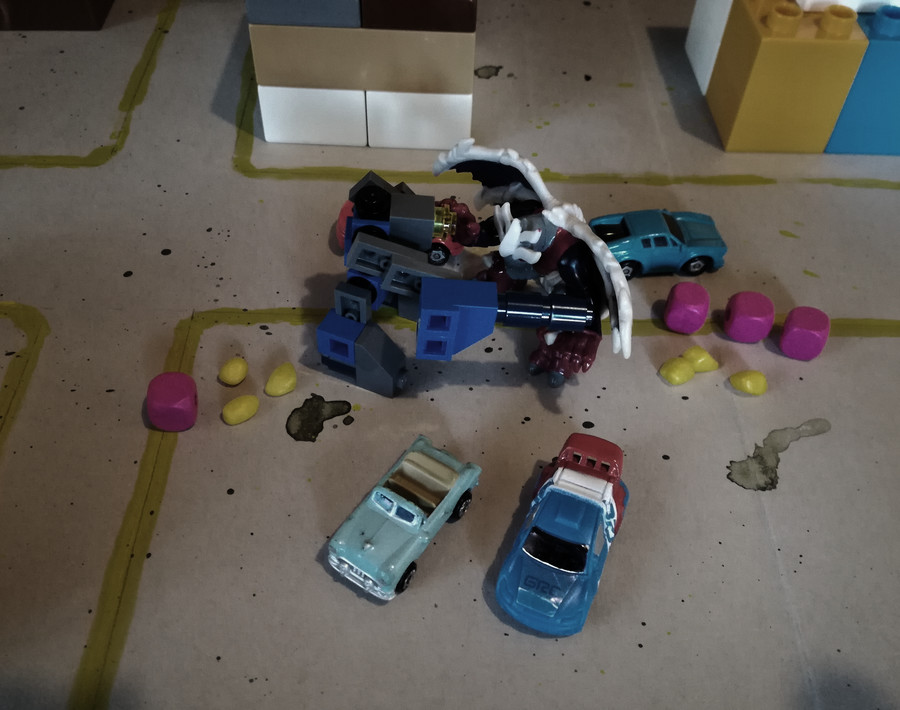 I like the game and I hope to play more in the near future. By its nature, it allows to use any random figure, more or less independently on scale. The rules detail a number of different attacks, which should provide for a nicely narrative. Damage is handled in such a way that attacks get less and less effective, while defence is unaffected. I guess this could result in somehow slow end-games. But I must try the Berserk rule (one of the things I ignored in this first game): it allows each non-Robot figure to perform a lethal attack which I think might often end a battle. Another thing I could experiment with is lowering the C score of Bodies (which is basically irrelevant for attacks and essential to defensive rolls).