Previous Events: Gammon (an Infantry veteran) and Rhyne (a psychic) have been ordered to investigate an alien demon-trap in Xyzab. The squad also includes two goons. They are soon confronted by aliens and bugs: Gammon and the goons are wounded.

Board 3: the area includes a larger building at the North. The squad soon spots a giant octopus [8 HD, multiple attacks, double damage] slowly moving towards them down the stairs from the roof of the building (PEF 1). The second PEF resolves as Tension Explodes! One of goons fails his save and goes apeshit: he turns his back and runs away! The third PEF increasing Tension (now Tension level is 1). 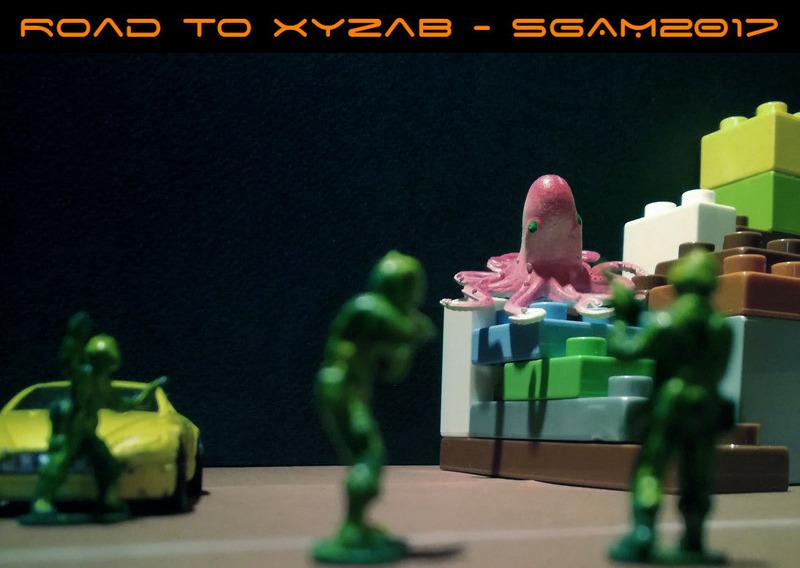 The three remaining guys shoot at the monster octopus. As they do so, they hear someone crying for help from inside the building. Rhyne’s shot is perfectly aimed and hits the beast in an eye [critical hit]: for a moment it seems to have been killed, but it’s just stunned. The squad moves closer and Gammon throws a grenade causing huge damage to the beast, kill it takes another round of shots from the whole team. 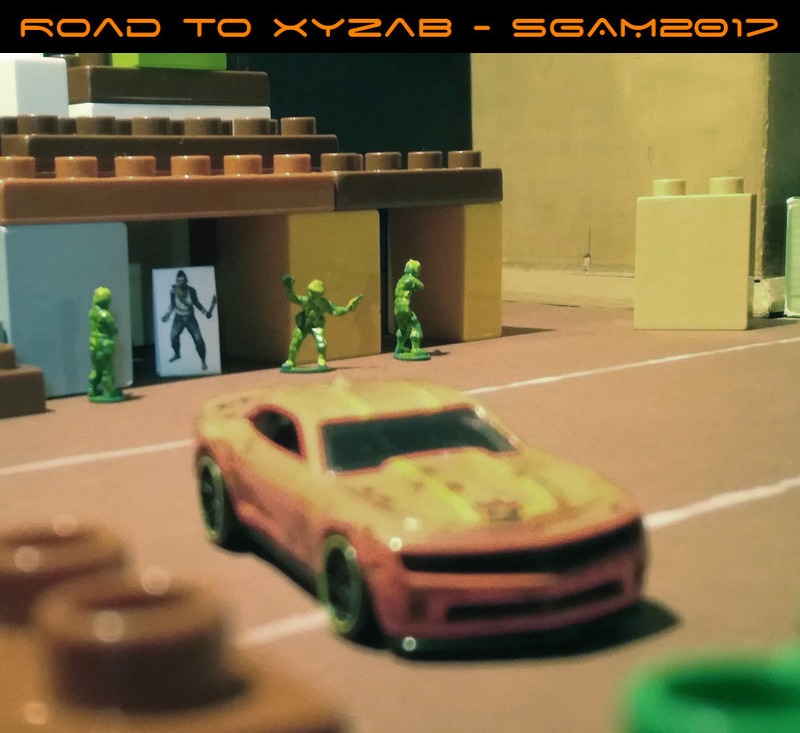 When the reddish horror finally stands still, the squad cautiously enter the building. They find a guy locked in the room [I rolled #8 on my table of pre-canned UNE NPCs].

Tao is an eminent member of AAAA (Anti Alien Anarchist Association). The psychic tortures of the aliens seem to have traumatised him: he seems unable to think and speak clearly. Apparently, he was imprisoned by the collaborationists, who planned to trade him for one of their leaders captured by the Earthlings. Tao says he can lead the squad to  an alien-controlled building that might be where the demon-trap his. He also has news of the forthcoming arrival of a horde of flying bugs. Gammon contacts the HQ asking if they should trust Tao’s incoherent ramblings [FU RPG die 6 YES AND]: affirmative! The HQ also points out that Tao’s safety is vital: they expect him to know a huge amount of useful information.