First sessions of Tomb of the Serpent Chapter 2: Dark Truths. It takes place in a house, with a Serpent Relic hidden in one of five possible places. I used again the free One Page Rules – Double Tap rules.

I had a first go using the Imperial soldiers against the Cultists. The Soldiers won and gained the Hyksos Key: an artifact to be used in Chapter 3.

The second go on the same map had Tejua’s Rebels facing four Faceless Cultists (with “Piercing” power shots). Tejua and the Rebels enter from the South.

Rounds 1-3: During the first three Rounds, no shooting was allowed. Both sides fail the Quality Check needed to solve Targets. One of the Cultists (marked MC2) passes his QC, only to find that the Target was a red herring. 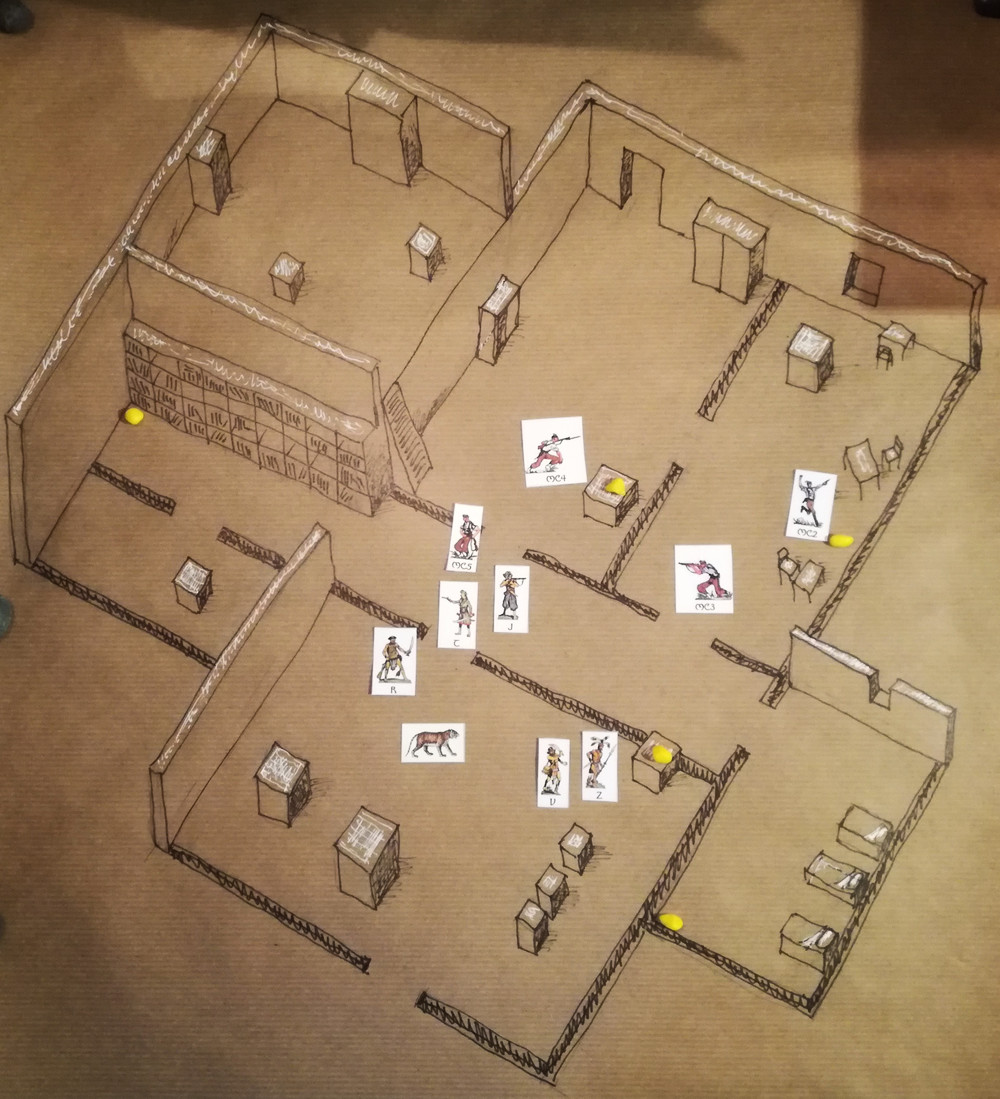 Round 4: the fight starts. Tejua is attacked in melee and kills the attacker. A cultist shots down Rangol but is killed by Tejua when she activates. The cultists find a second Red Herring.

Round 5: the two rebels Valj and Zogral keep failing their checks on the Target in the South room. 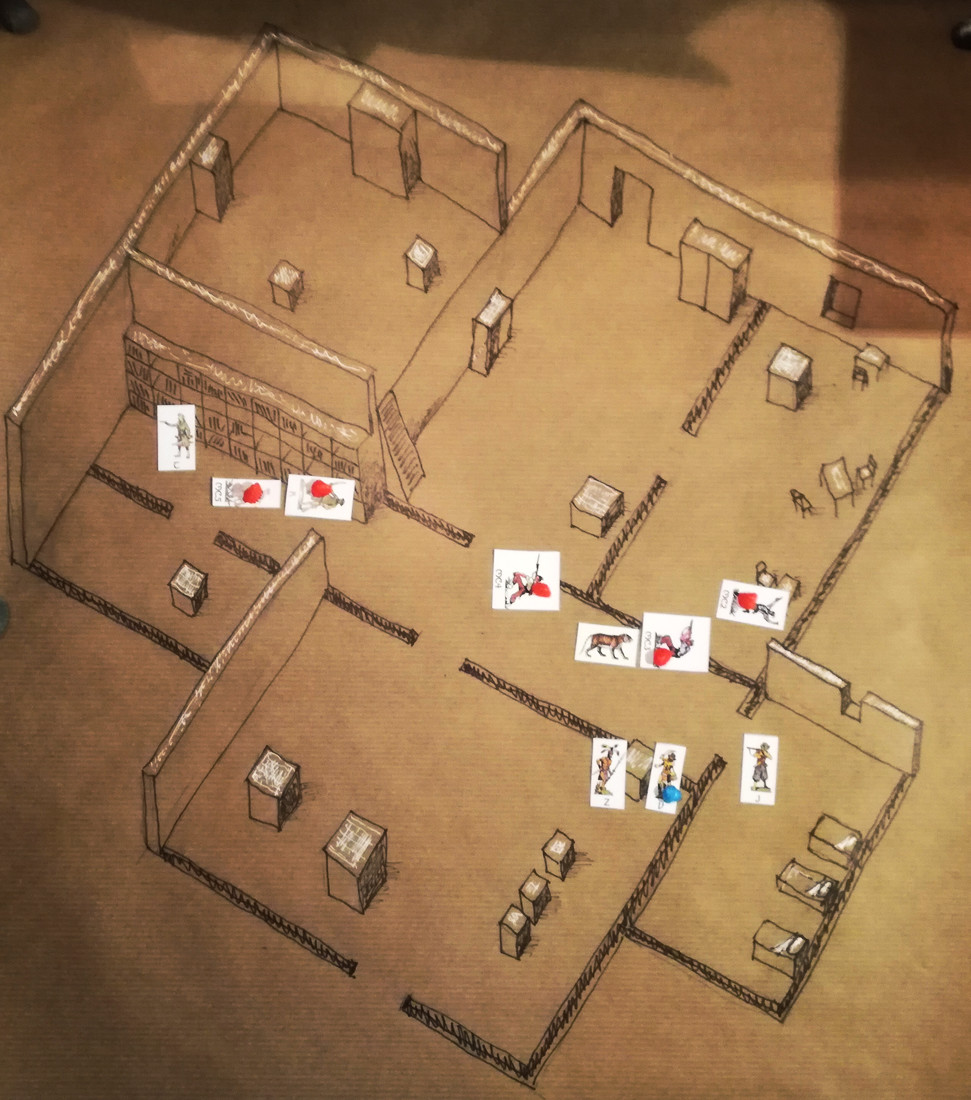 This was brilliant victory for the Rebels, who snatch the Ring of the Pharaoh’s from the hands of the Serpent Cultists!