Another WarStuff game with the same 160pt teams I used last time:

This time I played the Treasure Hunt mission from the Campaign Rules: the five pink cubes are possible positions for the target of the mission. Thanks to its Vanguard ability, the Robot starts 12” in front of the others.

Round 1: all possible target positions are reached by a unit. The Robot reaches the central pink cube.

Round: 4/5: The two Yellow soldiers move backwards. One of them picks up the treasure, while the other fights the enemies. Both the Yellow soldiers are hit and wounded: time to retreat!

Round 6/7: The Yellow soldier who picked up the treasure is hit again, but he is lucky enough to only get another wound and leaves the field. The other Yellow soldier puts the Blue leader Ninovich out of action. 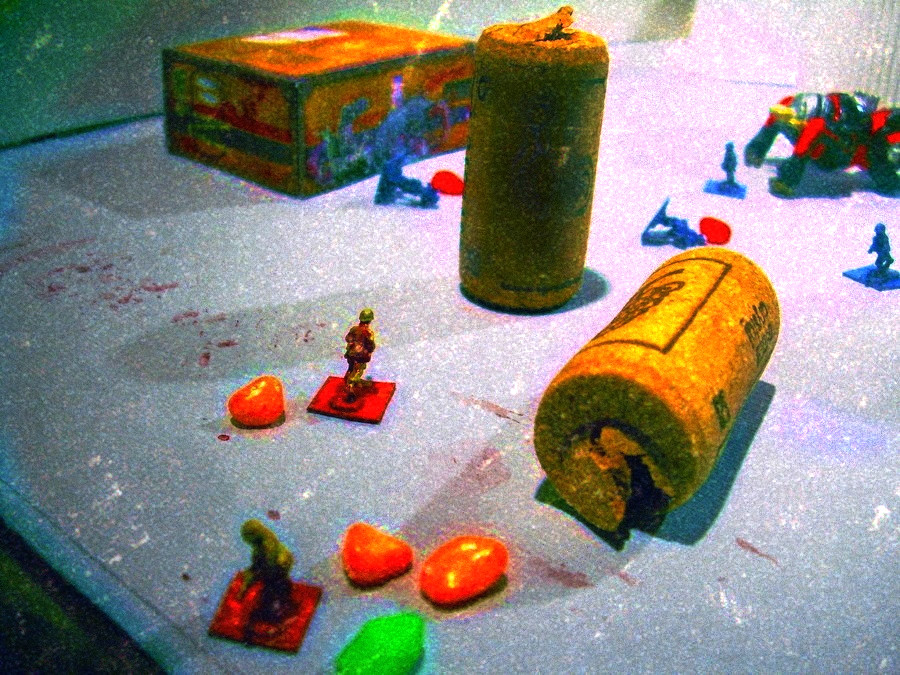 One thought on “The Unlucky Robot’s Treasure Hunt”