Here is my simple campaign map for #SoloGamingAppreciationMonth2015

I will use a solo miniature rule-set by PZ8 / Panzer8: The Giant Spider from Outer Space. 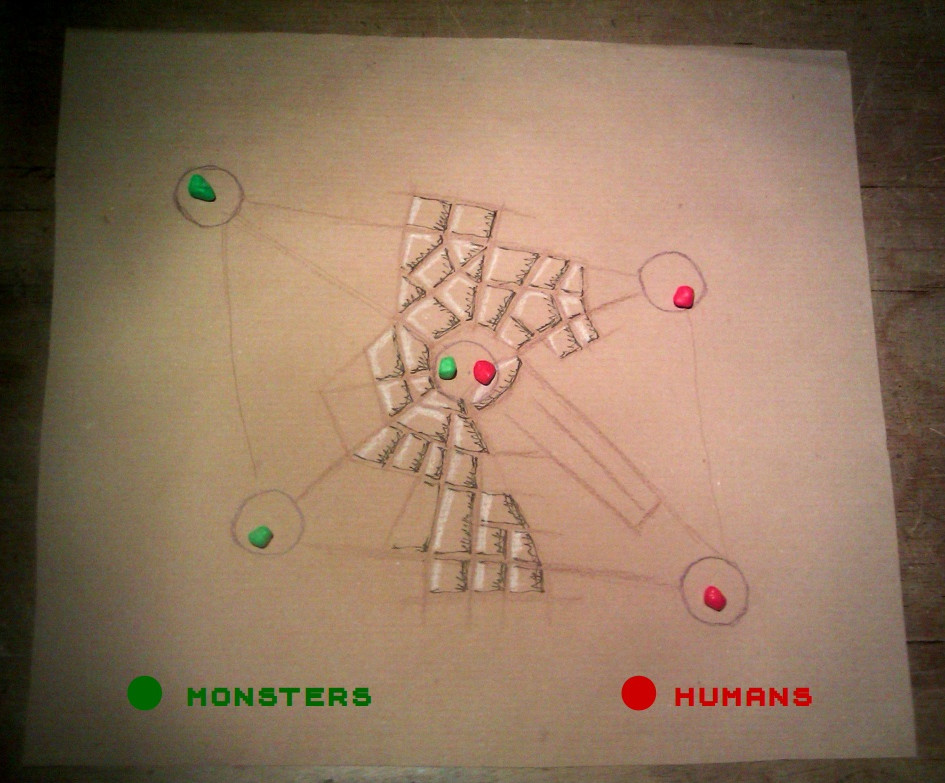 The campaign I am going to play is inspired by the campaign system in the classical De Bellis Antiquitatis rule-set. The map is just inspiration for the skirmish encounters.

This is the background, a slightly modified version of the one I wrote with the help of lino pang and Matt Quinton on the Lone Wolf Roleplaying G+ group.

Hypergates appear in different places of the Earth. The gates lead to what apparently is an immense abandoned city inhabited giant hostile creatures. From the hypercity, dinosaurs, giant robots and mutant fighters attack our world. The governments of the Earth send SWAT squads through the gates: their task is to stop the invading monsters before they reach our planet.